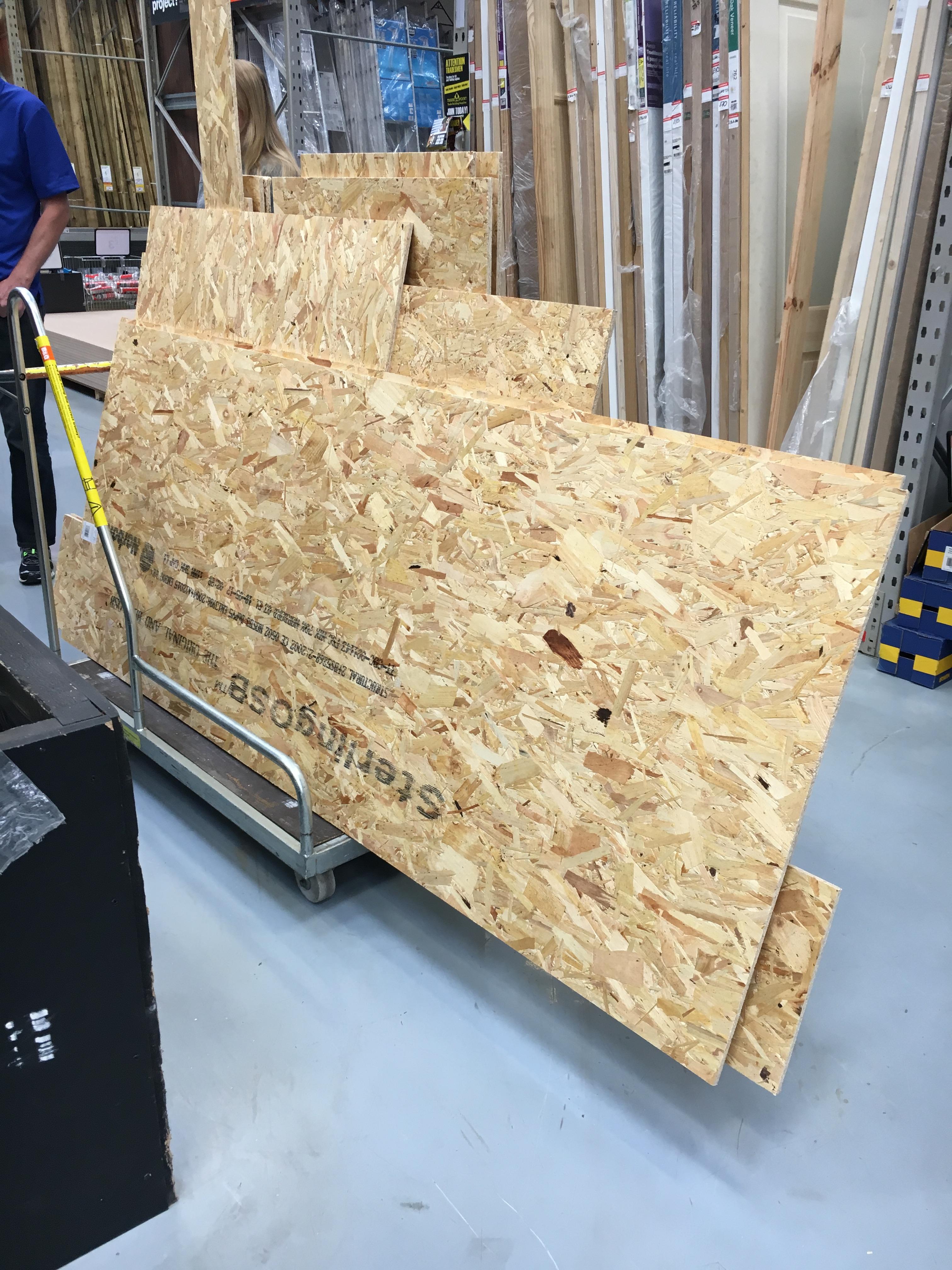 So it's taken us a week but we finally have walls! 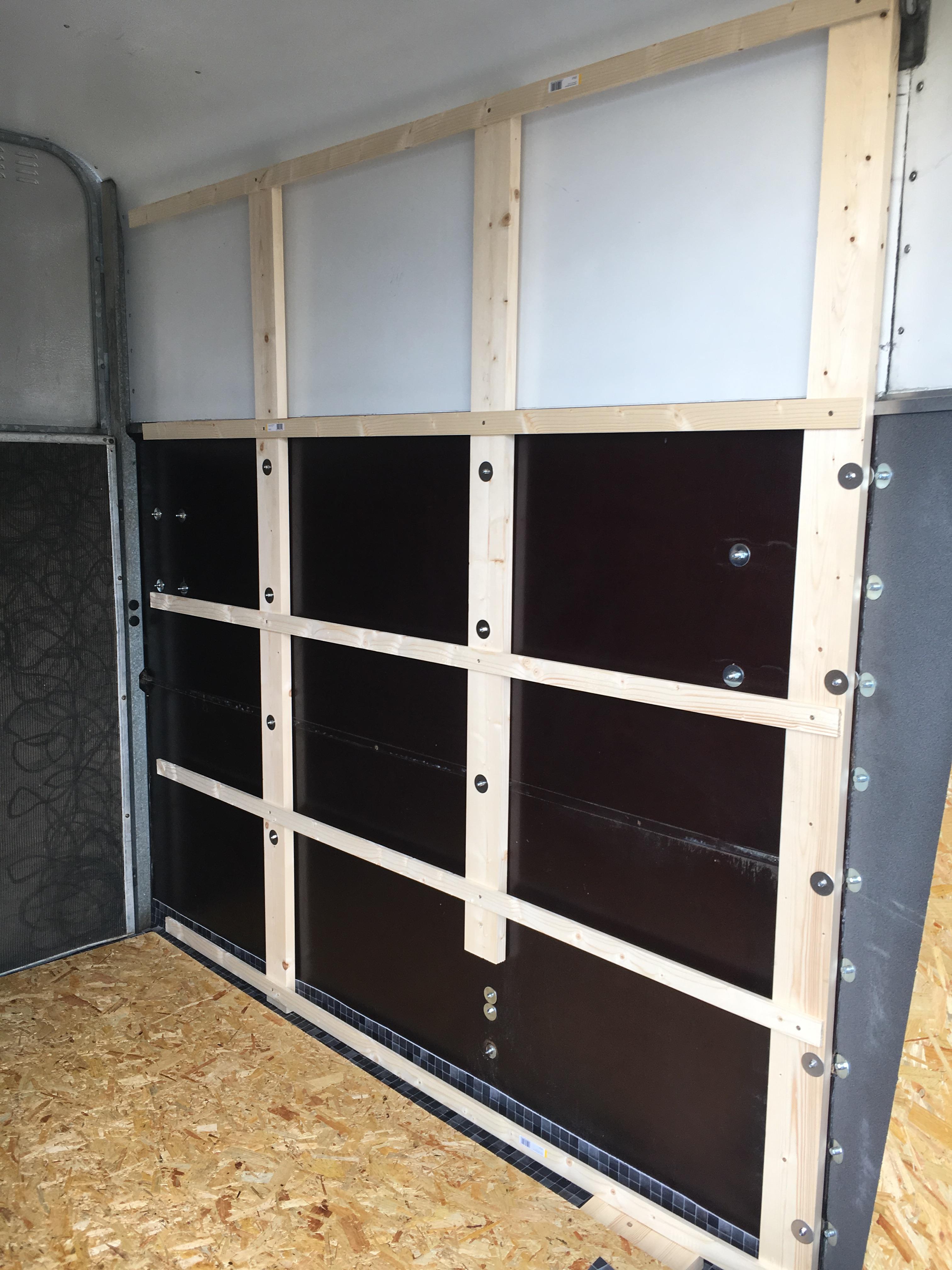 After the torrential downpour on Wednesday night we went to check on Dorothy on Thursday morning. Unfortunately one of the walls was still damp and there was a pool of water at the front of the box near the skylight so we sealed again and crossed our fingers.

Dorothy went for an outing on Friday morning, all the way to B&Q to pick up the side panels. Disappointingly, out of the seven panels that we needed they only had two. They assured us that they would have the panels back in stock the following day so we got the biggest ones that we needed, had them cut and put them in the back of the box. Then we returned yesterday, minus Dorothy, to pick up the rest of the boards as we knew that, once cut, they would fit in the back of the Land Rover. Sitting high on a shelf in B&Q were the boards that we needed, neatly wrapped in green plastic. But unfortunately they were so high up that they could not be moved when the store was open so the helpful assistant took down the details and put in a request for them to be moved over night.

We went down to see Dorothy again to see if there were any more puddles after the rain on Friday night, and there was. We decided that the only place the water could be coming in was at the side of the door where some of the sponge strip was missing so we replaced it and hoped for the best.

So this morning we took another exciting trip to B&Q only to find the boards happily sitting in the exact same place that we left them yesterday! The assistant told us that they weren't the size that we wanted, we knew they were, we had measured them yesterday! Anyway as we Googled where we could find another B&Q with the same boards and a cutting service another customer came and asked for the same boards and it was confirmed that they were, in fact, the ones that we wanted but we still couldn't have them as it was too dangerous to move them while the store was open! So off we trekked to the other side of Bradford to pick up some boards!

Thankfully, the staff there were very helpful and we had our final five boards cut down in a matter of minutes. The difficult part was squeezing them, and two people, into the car! But we managed and got them back to the horse box in one piece. And amazingly, when we got them inside the box, they fit! 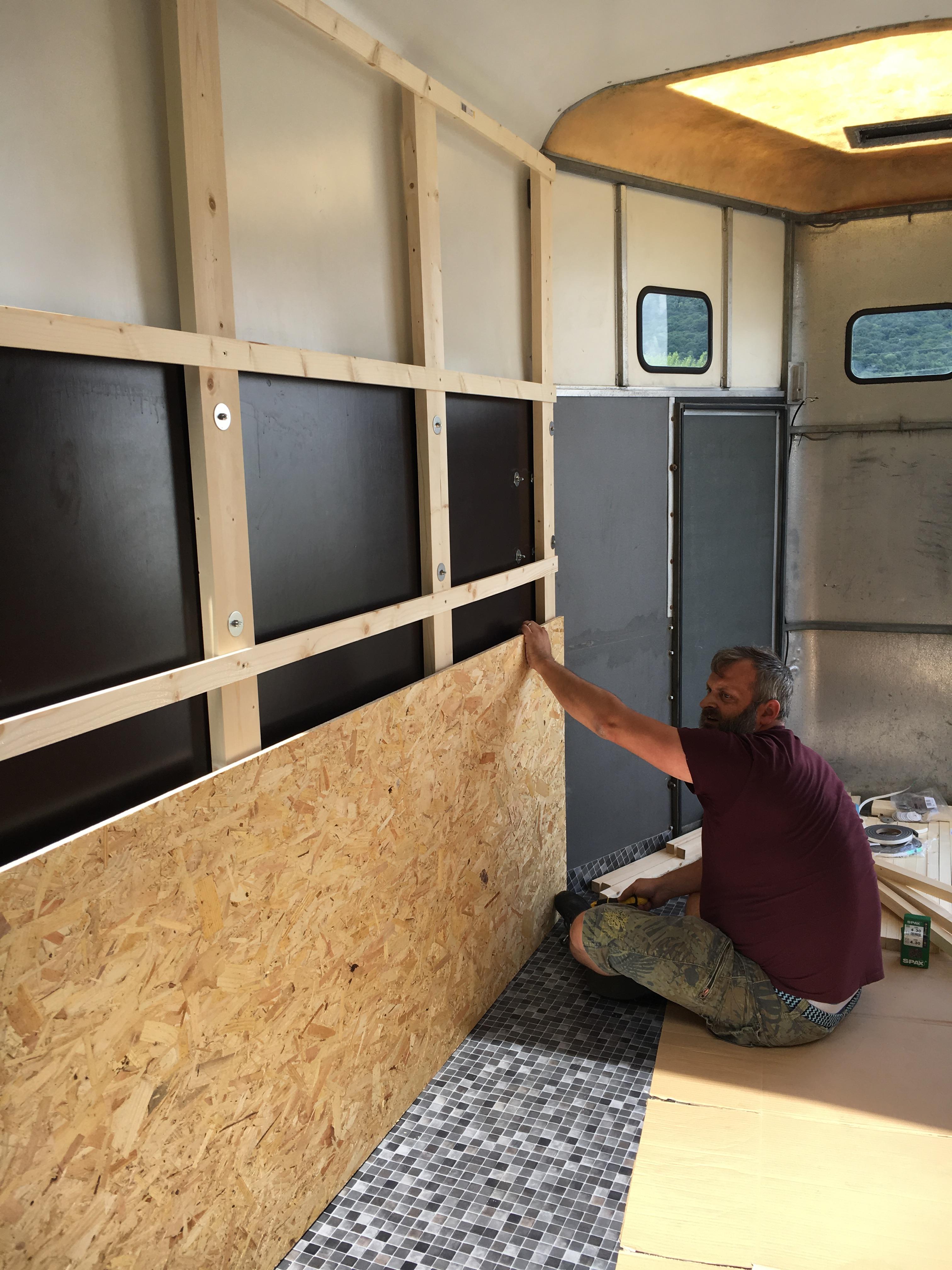 Also amazingly there was no water inside the box at all, even after the storm last night! So hopefully we have finally plugged all the leaks. 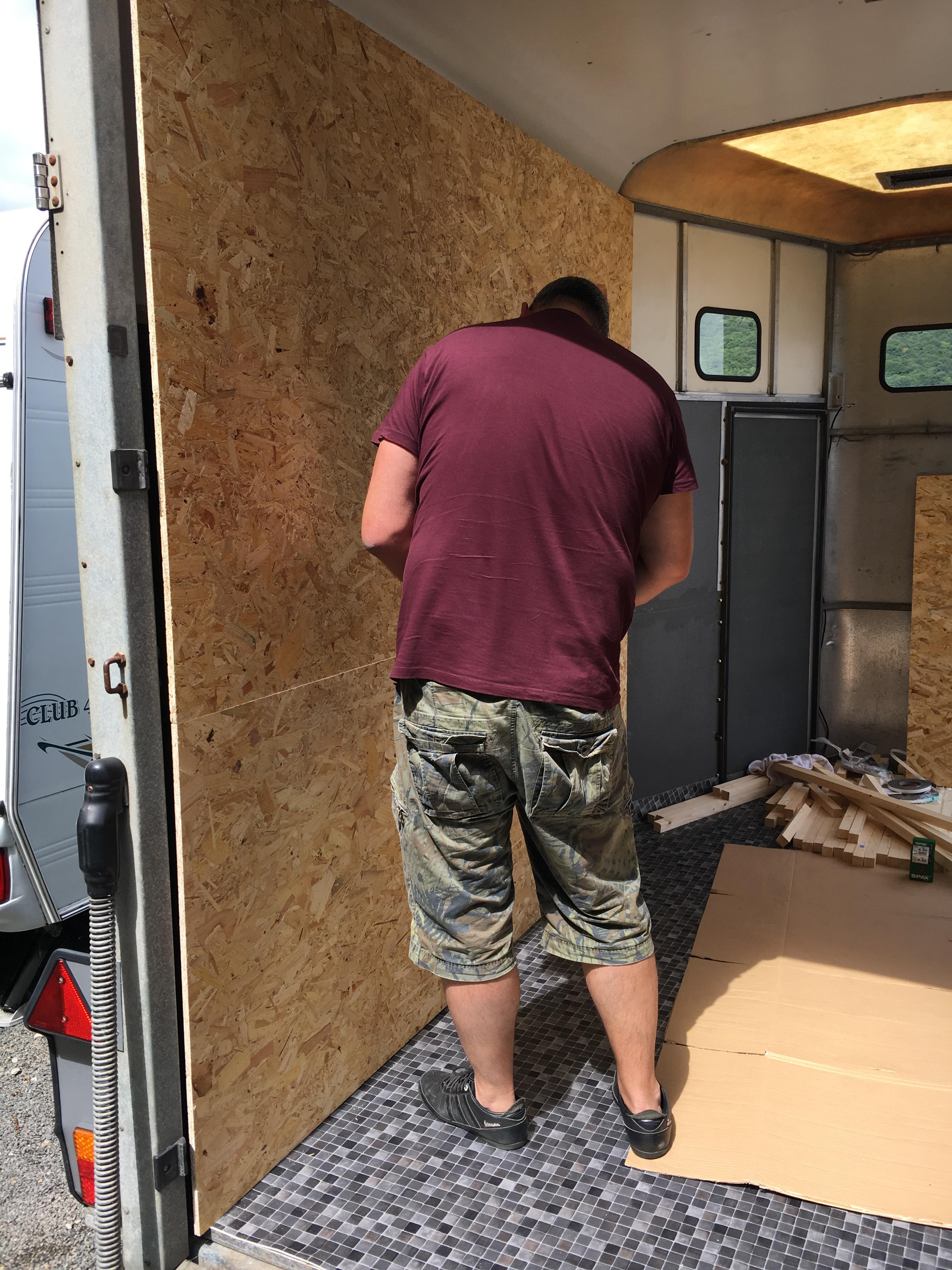 Definitely looking less horsey on the inside!