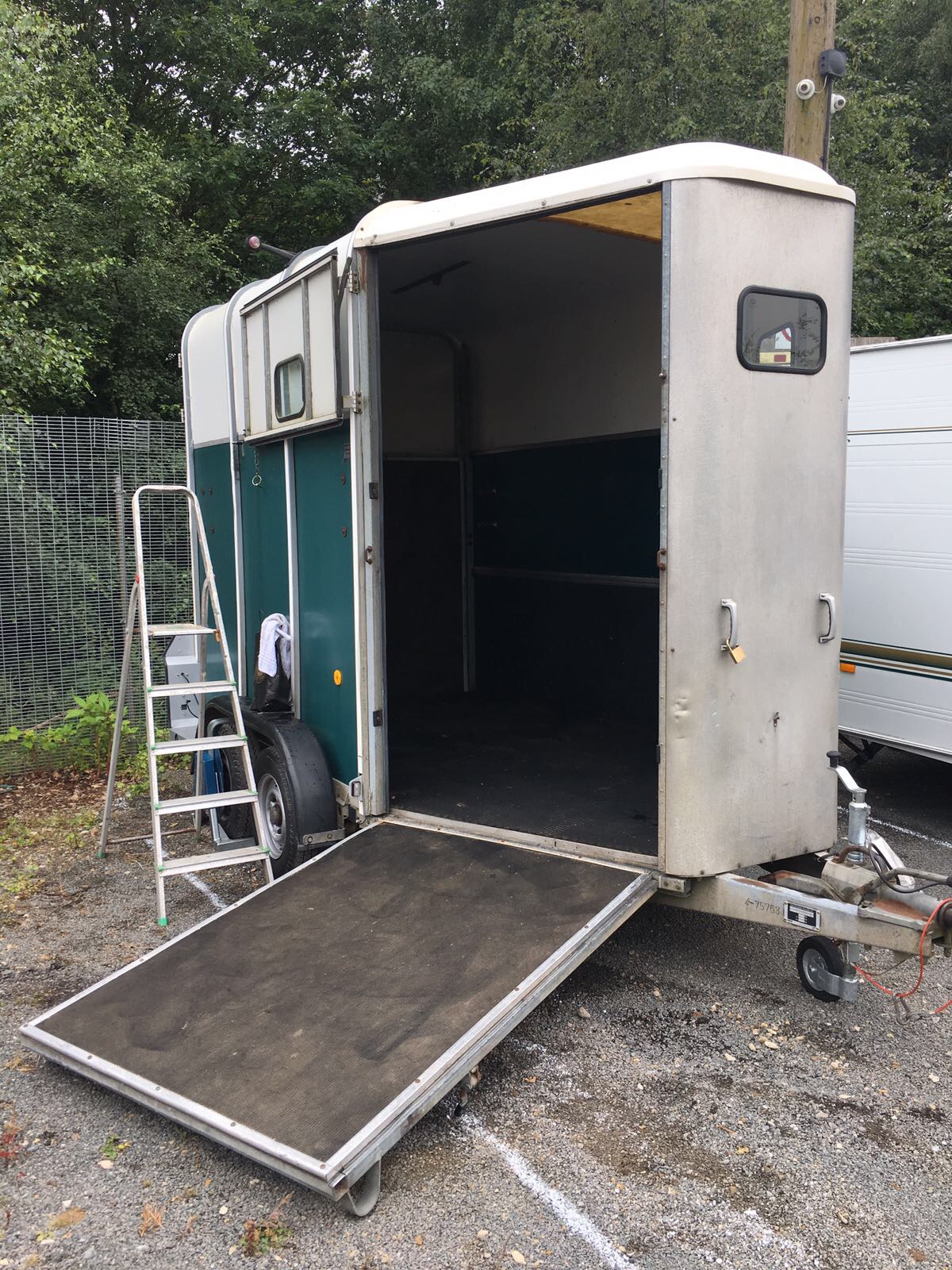 So now we have got Dorothy installed in her new home it is time to see what we have actually got for our money! Much like buying a house, you can't really tell whats what until you get inside on your own for the first time.

Inside the box looks quite tidy. We know it has an aluminium floor hiding under the rubber matting and the sides look good too. We've already had the centre pillar removed so decide to remove the green padding and the black vinyl from the sides. What we hadn't noticed was that each and every single nut and bolt had rusted together so would be an absolute nightmare to remove!
After gallons of WD40 were applied we managed to remove most of the green padding, revealing quite a bit of damage to one of the side panels due to a shoddy repair by the previous owner meaning that water was able to get in through the panels.

Next we decided to remove the floor. "It just unclips" said the guy that we bought it from. Yes, it probably does just unclip but not after 13 years of water from the roads underneath and who knows what from the horses above. After about half an hour of pulling and cutting we finally managed to free it, the clips are still in the floor! The mat itself was like a dead weight! I have no idea how we managed to lift it into the skip! 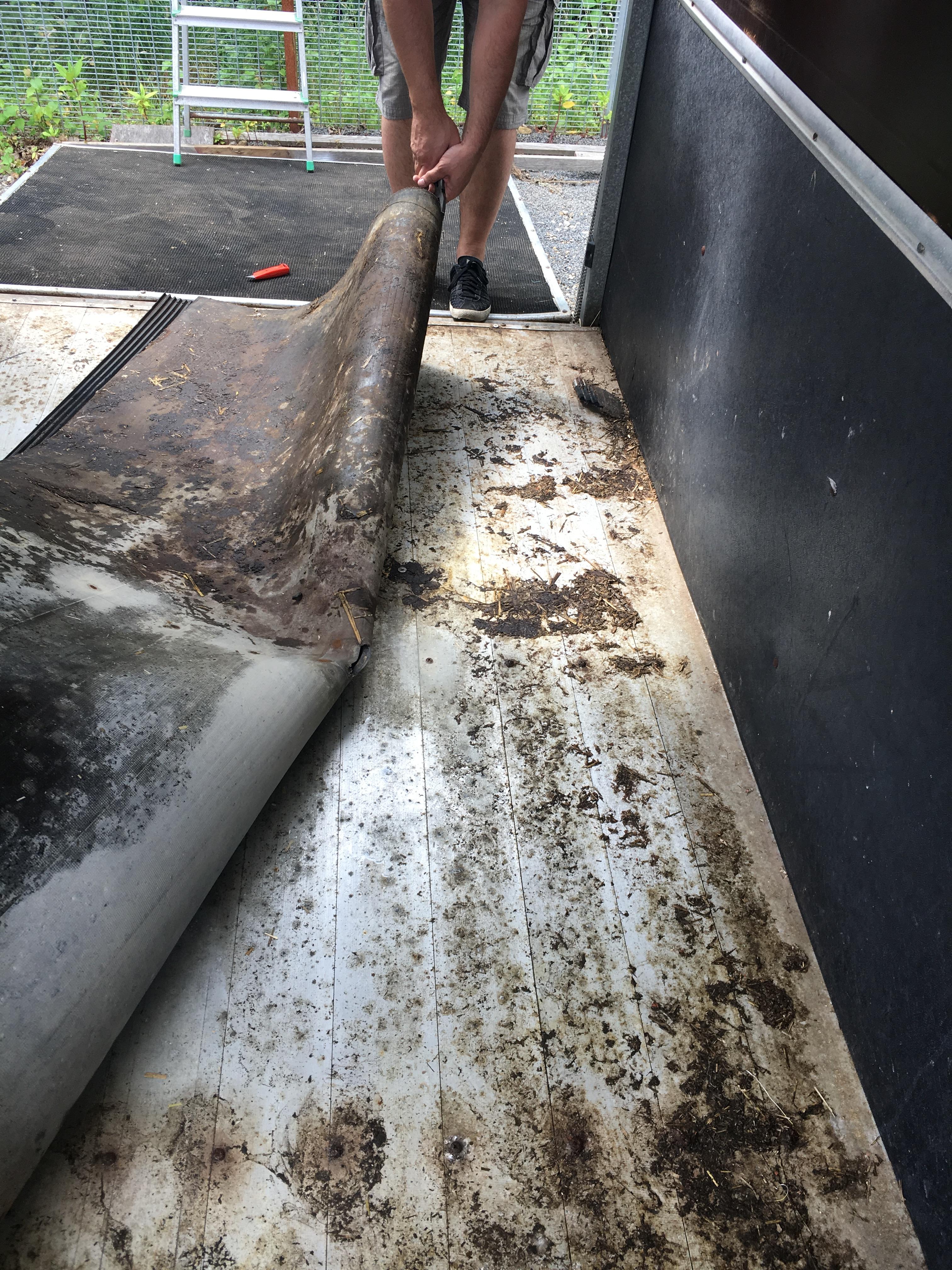 We left the floor to dry out over the weekend and brushed most of the debris away and moved on to tackling the black vinyl on the sides. This was quite damaged so we decided to remove it, even though it will probably be covered over once the conversion is complete. It didn't take us long to realise we should have left it where it was! Too thick to cut with a knife, we had to unscrew lots more fused coach bolts to try and help us with the removal. After two days we are left with virtually bare walls, some of the vinyl is still in the corner but we are working on cutting that off, aching muscles and a few scratches but at least it is off now. There is more damage to some of the side panels, again from water, but once we have sealed all the edge it shouldn't become any more of a problem. The front ramp is also slightly damaged so needs replacing really and we still haven't worked out which way the handbrake works. Whether its up or down the trailer still moves around so its pretty safe to say that needs replacing too! 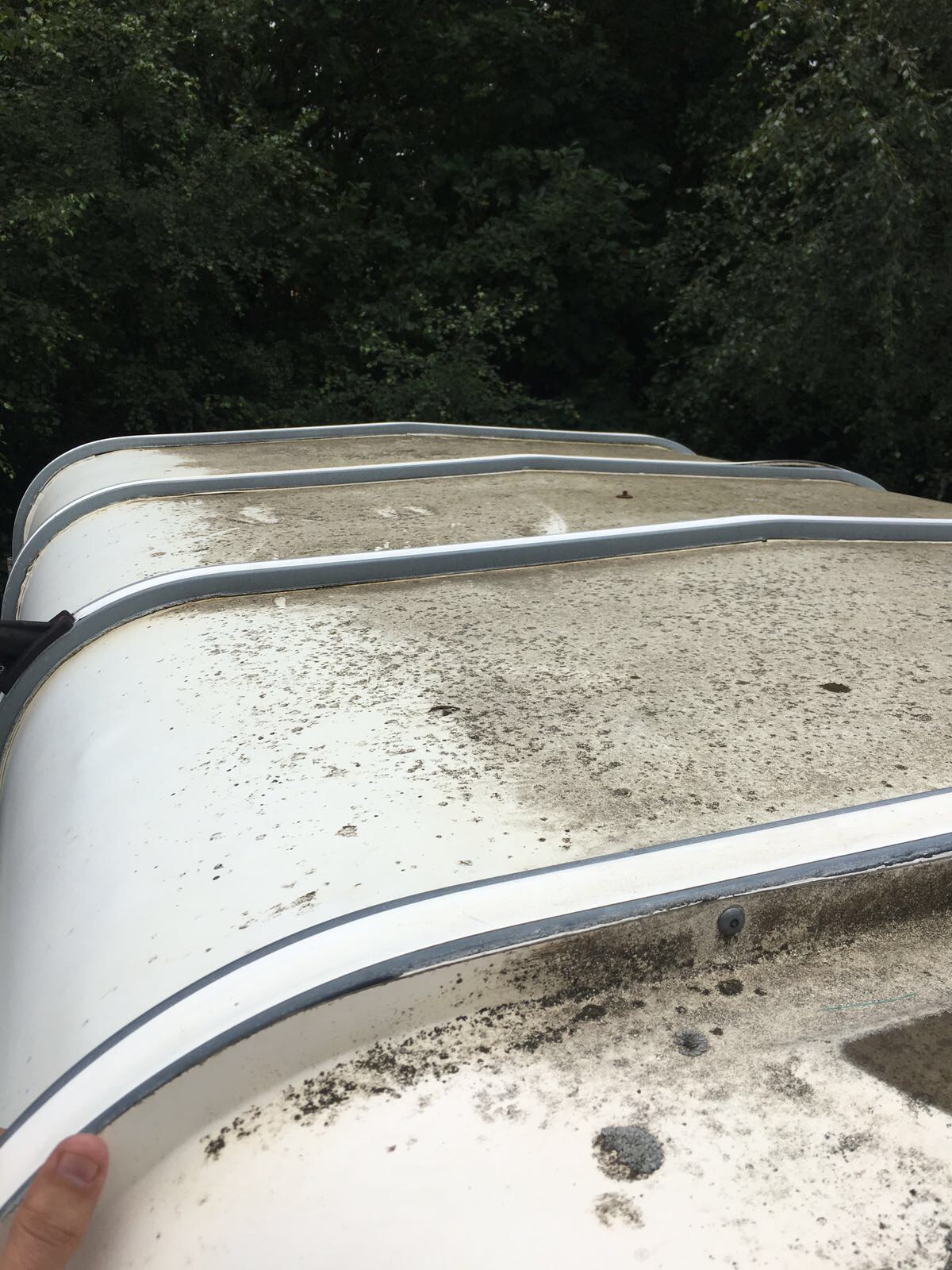 The roof needs a really good clean so will be taking a trip up the road to my parents to see if their pressure washer can remove most of the dirt before we start on the paint job.

So one week in we have managed to change most of the nuts and bolts, I'm sure we should have taken out shares in Screwfix! But at least everything is stripped out. Next we need a dry day to seal all of the edges and get the roof into shape before we can start on the paint job! 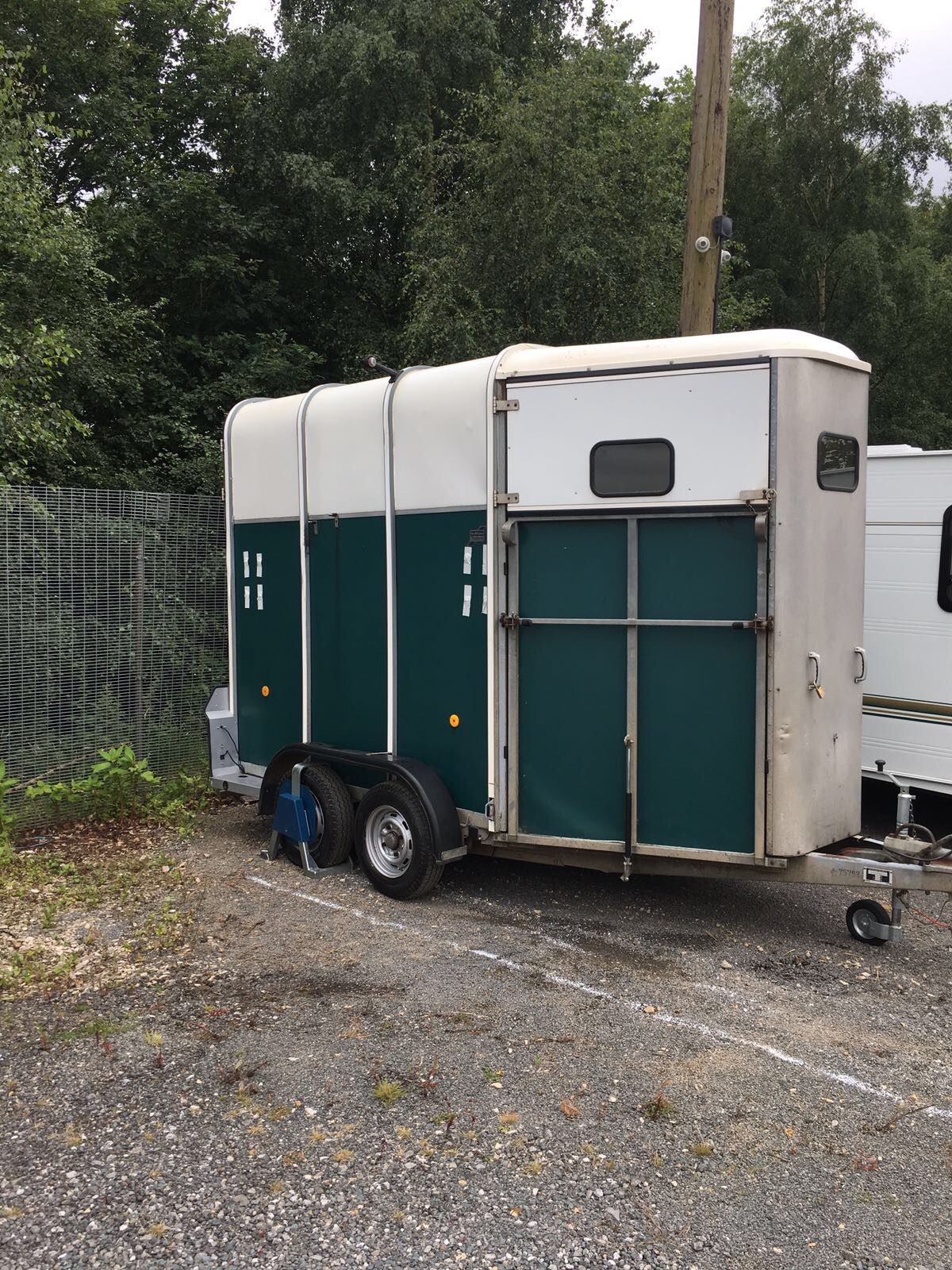